Known as the ”Sheik” of bitcoins, the evangelical projected a successful image to make a billionaire scam.

A successful businessman, dedicated evangelical, friend of stars and rich. Very rich. It was in this way, with the self-construction of the successful image, that Francisley Valdevino da Silva, the “Sheik of Bitcoins”, managed to gain the trust of investors to carry out a billionaire coup.

He was baptized as Francisley Valdevino da Silva, but he never liked the name, he preferred to be called Francis da Silva, in his career, he launched a “cryptocurrency rental” business and attracted a legion of customers, including some famous ones, by offering profits monthly absurdities of the amount invested.

How the Bitcoin sheik got arrested

At the beginning of the year, Francisley, went bankrupt and bequeathed investors a desert of hope, he was arrested on November 3rd accused of financial fraud and of continuing to capture clients, even after being indicted in a Police inquiry. Estimates indicate that he would have raised BRL 1 billion, offering rates of up to 13.5% monthly interest for renting cryptocurrencies. For the Federal Police, the Sheik’s real bitcoin scheme was a financial pyramid.

The Federal Police reported that, days after the start of the operation, Francisley began to hold frequent meetings at his house, in Curitiba, with employees of the investigated companies.

Among these employees were the group’s financial manager and the person responsible for the graphic design of the virtual platforms created by the investigated for the commission of fraud.

Still according to the police, the holding of frequent meetings with this last official “demonstrated that the criminal organization was still active and promoting criminal acts”. Previously, the Federal Police had twice requested Francisley’s preventive detention. Both requests were denied by the Federal Court.

Francis da Silva owns Rental Coins, a company opened in January 2019 with the unusual proposal to rent cryptocurrencies from investors, promising at the beginning to pay interest from 0.5% to 5% per month and return the client’s assets at the end of a contract year.. 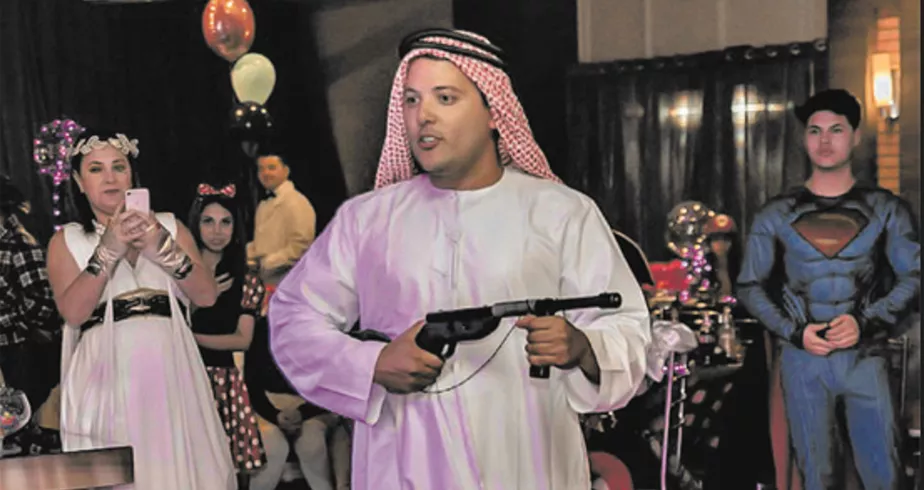 As the money came in, Francis made two moves: sharpening his Christian rhetoric, showing himself to be practically religious, and investing in luxurious style, circulating in private planes and helicopters and expensive restaurants, wearing designer clothes and maintaining a kind of Brazil-United Arab Emirates air bridge.

“He was always kind, helpful and very religious”, says a former friend, who was the victim of a BRL 600,000 by the owner of Rental Coins.

He started out as a pet shop employee. Cleaned pets. After the first failure in his own business selling clothes, he moved to try his luck in Curitiba. With a small amount of capital, he set up a multilevel marketing company – a model for distributing goods in which earnings can come from actually selling products or recruiting new salespeople. Six months later, he was accused of creating a financial pyramid and decided to leave for the United States.

He arrived in Florida in 2016, he said, with $20 in his pocket. The mother’s prognosis started to come true when a man Francis says he met at the supermarket introduced him to bitcoins. After working at a technology company, he opened his own operator, but – for reasons he doesn’t explain – he ended up returning to Curitiba the following year.

The Federal Police maintain that, since the beginning of his activities, Francis maintained a close relationship with the evangelical milieu. So that he could give the business an air of seriousness, says the document, which he organized in religious temples, employees with an average age of 25 years, most without higher education, who obeyed his orders even without understanding them very well, much less question them.

Despite the breakup with the singer, says the Federal Police, the sheik maintained his rise in evangelical circles, approaching people such as pastors and bishops Antônio Cirilo da Costa, Deive Leonardo, Edir Macedo and Tiago Brunet. To gain the trust of these leaders and thus get more investors in their scheme, Francis’ group made huge donations to churches as a demonstration, as the Police proved in seized documents.

The christian fervor opened the doors of the gospel world to the sheik. Francis also created a record label, Sounder Music, where well-known gospel singers such as Aline Barros, João Figueiredo and Priscilla Alcântara recorded video clips. Pastors, singers and faithful believed in the scheme. One of them was Sasha Meneghel, daughter of Xuxa, who got to know Francis’ business by attending an evangelical temple. Excited, she and her husband, the singer João Figueiredo, made contributions that totaled R$ 1.2 million. In April of this year, after the default, both sued the businessman in the Court of Curitiba.

The Police found that the sheik’s relationship with the world of faith also served as a bridge to other people of national fame, such as Neymar Jr., Minotauro and Minotouro, Whindersson Nunes, among others. For the investigators, more than eventual victims, these figures served as an indirect source of publicity for the group’s businesses, as they were presented to the public as “personal friends”.

Having raised the “false image of integrity to its business”, as the document states, Francisley won the support of influential people in the evangelical public as a means of prospecting for new fundraising agents. He created a franchise system and licensed a large number of fundraising agents active in the Protestant milieu.

In April 2021, Francis’ venture suffered the first blow. The commercial director of one of his companies, Compralo, Guilherme Grabaski, was shot and seriously injured. A former employee said that Compralo was the arm of the business for investor payments. As per the source, Francis owns hundreds of top shelf companies.

Guilherme survived, but still suffers from the ambush to this day. He was hit in the head, chest, and arm. Although the police never proved the crime was related to renting cryptocurrencies, the attack scared employees and customers alike. So much so that the former employee and the investor heard in the report asked that their identities remain confidential.

The delays started in October last year. Two months later, he stopped paying rent altogether. He claimed that the company was undergoing reengineering and proposed an agreement with investors – around 40 thousand, approximately – which provided for reimbursement in 38 installments. To adhere, however, the client needed to sign an agreement waiving any legal actions.

More recently, at the beginning of this year, he even paid the first installments, but the source of the sheik dried up definitively, causing revolt and despair, where suspicions of default grew, the Federal Police found that the group even hired the singer and former -participant of the Big Brother Brasil program Gabi Martins, for launching advertising on her social networks, in order to gain visibility and try to recover the false image of credibility of the business.

On the pretext of reformulating the group’s website, this month he took down the platform that informed individual investments. For customers, the objective was to erase the evidence that he pocketed a fortune and defaulted collectively.

From social networks, the sheik’s fame migrated to the offices of the Judiciary and police authorities, being arrested on November 3. In addition to being the defendant in hundreds of civil lawsuits, involving customers who did not reach an agreement and are seeking legal compensation, he is the subject of an investigation by the Federal Police of Paraná.

Among the possible victims of the Sheik, model Sasha Meneghel (24), and her husband, João Figueiredo (23), as well as singer Wesley Safadão (34). The couple made several investments that, together, exceeded R$ 1.2 million. The singer from Ceará, on the other hand, disputes in court with Francisley the ownership of a jet valued at BRL 37 million, which would have been offered as a guarantee of payment for an investment made in the Sheik’s company.

Ademar Ribeiro, the pastor who introduced Francisley to the evangelical world, said that, because he believes in forgiveness, he defends a new chance for his devotee. The religious said that the arrest left him with a “saddened heart”, but that he has been asking God “for him every day so that there is grace and mercy in the hope that he can turn around and restore all the people harmed” .

Ribeiro admitted that Francisley, although he was not a regular, was in fact a regular at his church, “and that I could advise and provide assistance, as I do with the other brothers who often cannot be with us frequently”.

2022-12-03
Previous Post: Brazilian influencers arrested in the USA
Next Post: Explore passive income ideas that are within your reach (and pocket size)